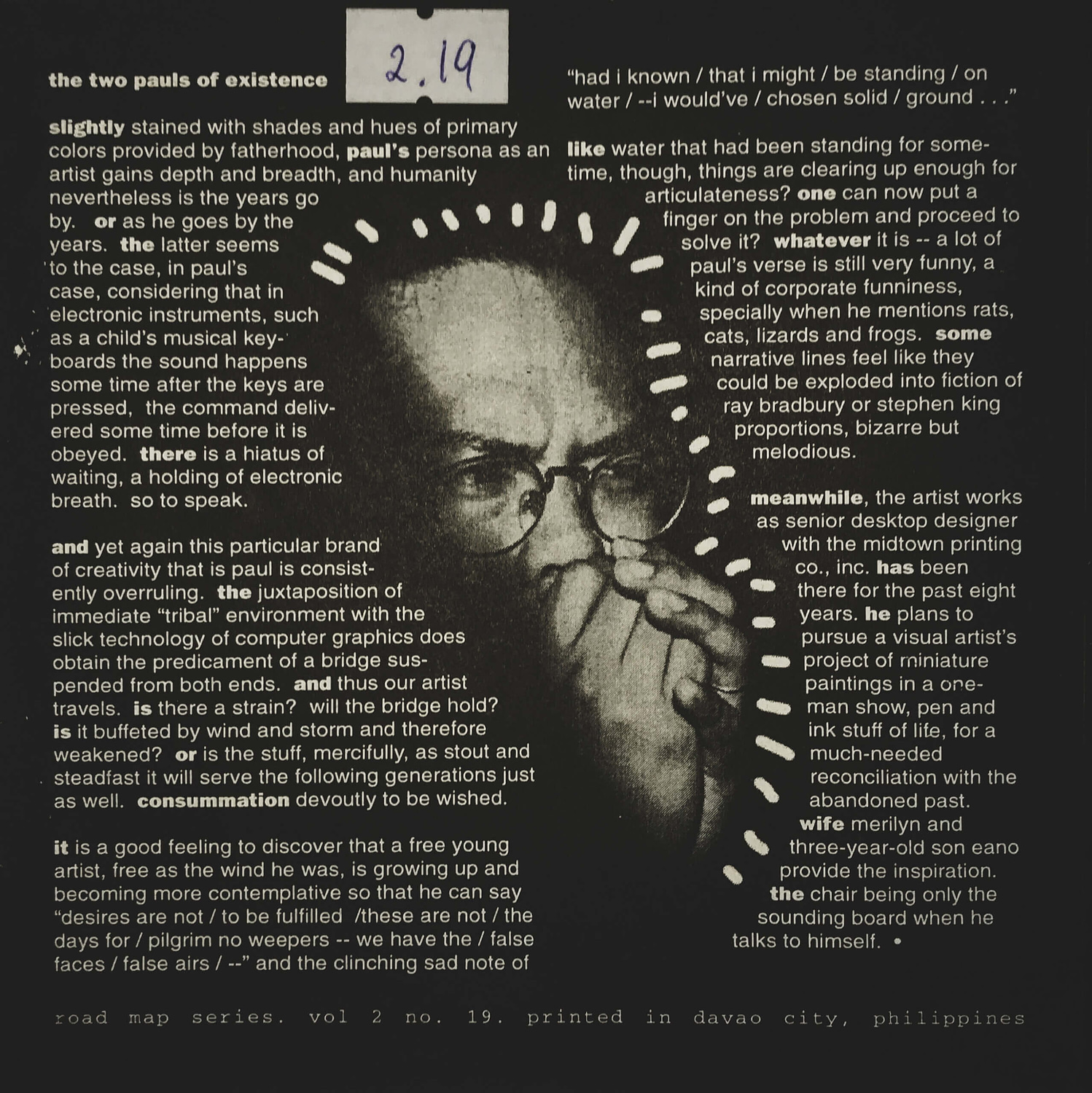 The Two Pauls of of Existence

Slightly stained with shades and hues of primary colors provided by fatherfood, Paul’s persona as artist gains depth and breadth, and humanity nevertheless is the years go by. Or as he goes by the years. The latter seems to the case, in Paul’s case, considering that in electronic instruments, such as a child’s musical keyboards the sound happens some time after the keys are pressed, the command delivered some time before it is obeyed. There is a hiatus of waiting, a holding of electronic breath. So to speak.

And yet again this particular brand of creativity that is Paul is consistently overruling. The juxtaposition of immediate “tribal” environment with the slick technology of computer graphics does obtain the predicament of a bridge suspended form both ends. And thus our artist travels. Is there a strain? Will the bridge hold? Is it buffeted by wind and storm and therefore weakened? Or is this stuff, mercifully, as stout and steadfast it will serve the following generations just as well. Consummation devoutly to be wished.

It is a good feeling to discover that a free young artist, free as the wind he was, is growing up and becoming more contemplative so that he can say “desires are not / to be fulfilled / these are not / the days for /pilgrim no weepers — we have the / false faces / false airs / —“ and the clinching sad note of “had i known / that I might / be standing / on water / —I would’ve / chosen solid / ground…”

Like water that had been standing for sometime, though, things are clearing up enough for articulateness? One can now put a finger on the problem and proceed to solve it? Whatever it is — a lot of Paul’s verse is still very funny, a kind of corporate funniness, especially when he mentions rats, cats, lizards and grogs. Some narrative lines feel like they could be exploded into fiction of Ray Bradbury or Stephen King proportions, bizarre but melodious.

Meanwhile, the artist works as senior desktop designer with the Midtown Printing Co., Inc. has been there for the past eight years. He plans to pursue a visual artist’s project of miniature paintings in a one-man show, pen and ink stuff of life, for a much-needed reconciliation with the abandoned past. Wife Merilyn and three-year-old son Eano provide the inspiration. The chair being only the sounding board when he talks to himself.